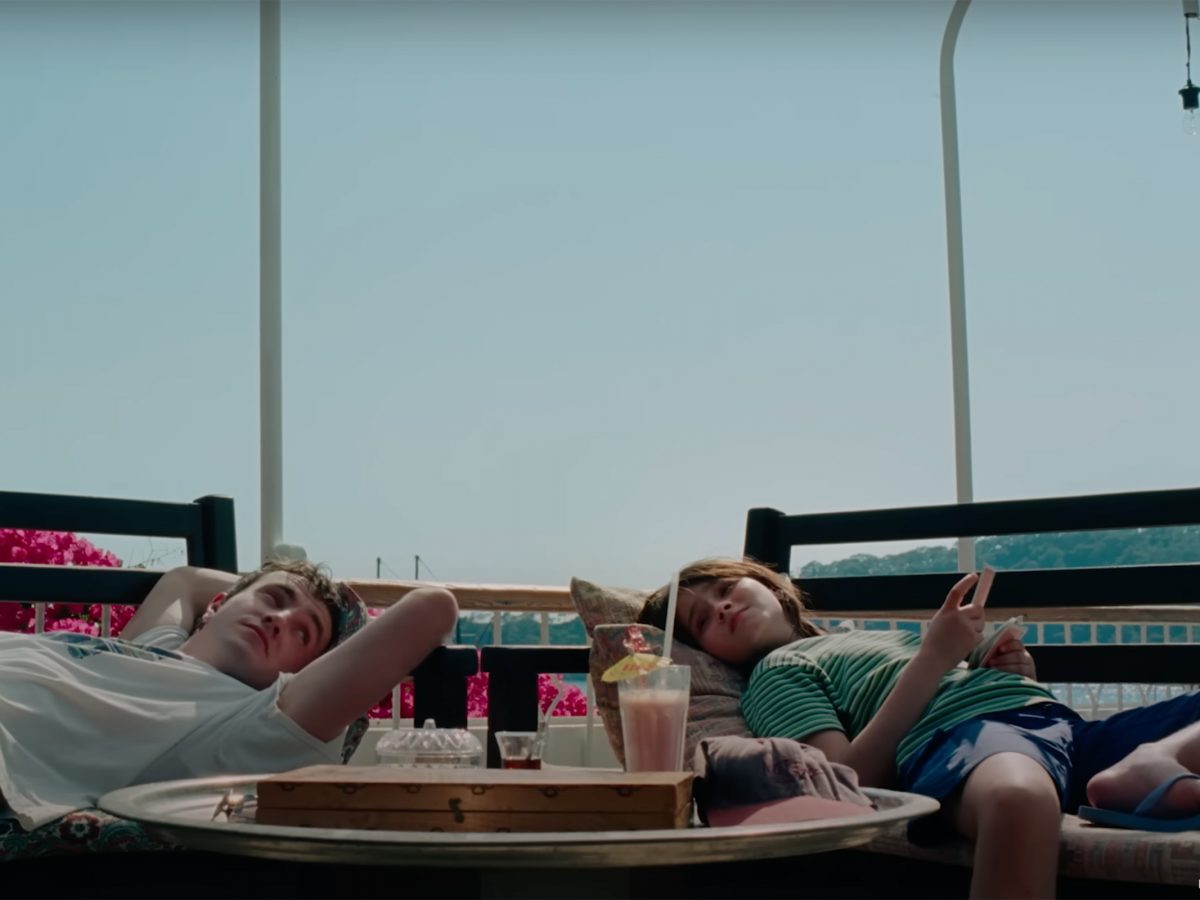 I’ve been surprised by the sheer breadth of appeal of this film—it has been embraced in so many disparate corners of cinephilia. I would not have predicted this based on the evocations it first triggered for me: specifically the early films of Lucrecia Martel and Lynne Ramsay. It now sits at number one on the Sight & Sound top 50 for the year.

Aftersun’s popularity notwithstanding, it is an astonishing work that somehow manages to pull off a rare combination: it’s formally intricate, narratively haunting, and emotionally incendiary.

Sometime in the late 1990s, an 11-year-old girl (performance of the year by Frankie Corio) and her 30-year-old father (a pitch perfect Paul Mescal) go on holiday to a slightly shabby Turkish resort. Her parents separated long ago; she lives in Glasgow with her mother, and he has moved from Scotland to London. He is also unsettled, troubled in ways we can’t quite put a finger on.

The closely-observed intimacy of the film has sparked speculation that it might be autobiographical. Queer writer-director Charlotte Wells, who was born and raised in Edinburgh, moved a decade ago to go to film school at NYU. She has called the film “emotionally autobiographical.” Instead of a faithful translation of her own experiences, Wells has suggested that her style makes space for people to “bring their own experiences”:

It’s both conscious and not: I’m not writing and thinking how can I create that space, but I think when you avoid a certain kind of exposition it does create ambiguity and people will fill that ambiguity with their own experiences, their own reference points that they enter the cinema with.

Aftersun is a film that is designed around two sets of layers: of time; and of media.

This is a “memory film” that is composed of three temporal levels: the 1990s holiday, which occupies most of the screen time; the present day, when the 11-year-old girl, now an adult, is trying to recall that holiday, possibly the last time she saw her father; and an indeterminate level, a narrative space of dance-floor images that may be dream, reverie or fantasy.

The multiple temporalities are complicated by the fact that both characters shoot camcorder footage of their holiday, which interleaves with the footage shot on film (35 mm) that comprises the majority of the film. What function do the camcorder images perform within the specific context of the “memory film”? Do they have special access to “hidden truths” about the girl’s father, and their relationship? How are these two sets of layers (time and media) constructed by the processes of editing (the film is brilliantly edited by Blair McClendon, who is also a writer)?

All questions for viewing #2 (if I’m lucky!) on the big screen.

All the Beauty and the Bloodshed (Laura Poitras)

About a decade ago, the artist Nan Goldin got addicted to the opioid OxyContin. She wrote this account for Artforum in 2018:

It was originally prescribed for surgery. Though I took it as directed I got addicted overnight. It was the cleanest drug I’d ever met. In the beginning, forty milligrams was too strong but as my habit grew there was never enough … I went from three pills a day, as prescribed, to eighteen. I got a private endowment and spent it all … My life revolved entirely around getting and using Oxy. Counting and recounting, crushing and snorting was my full-time job. I rarely left the house … I wanted to get clean, but I waited a year to go into treatment … I was one of the fortunate ones who could afford an excellent hospital, which isn’t an option for most people … My endowment was cut off and I regret the money I wasted. I regret the time I lost, which is irretrievable. Now I find the world hard to navigate, but I have a sharpened clarity and a sense of purpose.

OxyContin is made and sold by the pharmaceutical giant Purdue Pharma, founded by the Sackler family—“one of America’s great philanthropic dynasties,” in Patrick Radden Keefe’s words from his widely read New Yorker essay, “The Family that Built an Empire of Pain.” Soon after Goldin got out of a treatment center in 2017, she founded the organization P.A.I.N. (Prescription Addiction Intervention Now), which led a series of protests at various museums that took Sackler money and named collections and/or spaces after the family.

Goldin’s life is that rare one committed fully and meaningfully to both aesthetics and politics; Laura Poitras’s documentary matches this commitment by devoting equal passion and time to both. The filmmaker accompanies Goldin and documents the protests as P.A.I.N. activists charge into museums, hurl leaflets into the air, spread out on the floor with the repeated cry “Sacklers lie, thousands die.” At the six museums where protests were staged, five removed the Sackler name; only one—Harvard—refused.

In this epic, powerful film, one shattering resonance has really stayed with me. The film turns a close, sustained eye to Goldin’s 1989 exhibition “Witnesses: Against Our Vanishing,” a cri de coeur against AIDS and the systemic failures of the state that caused suffering and mass death. By juxtaposing this historical look with the present day opioid crisis, Poitras draws out the crushing parallels with the failures of today’s neoliberal state.

In its broad and ambitious sweep that enfolds the personal, the artistic, the political and the activist, All the Beauty and the Bloodshed feels like a work that is (in film Twitter language) “instant canon.”