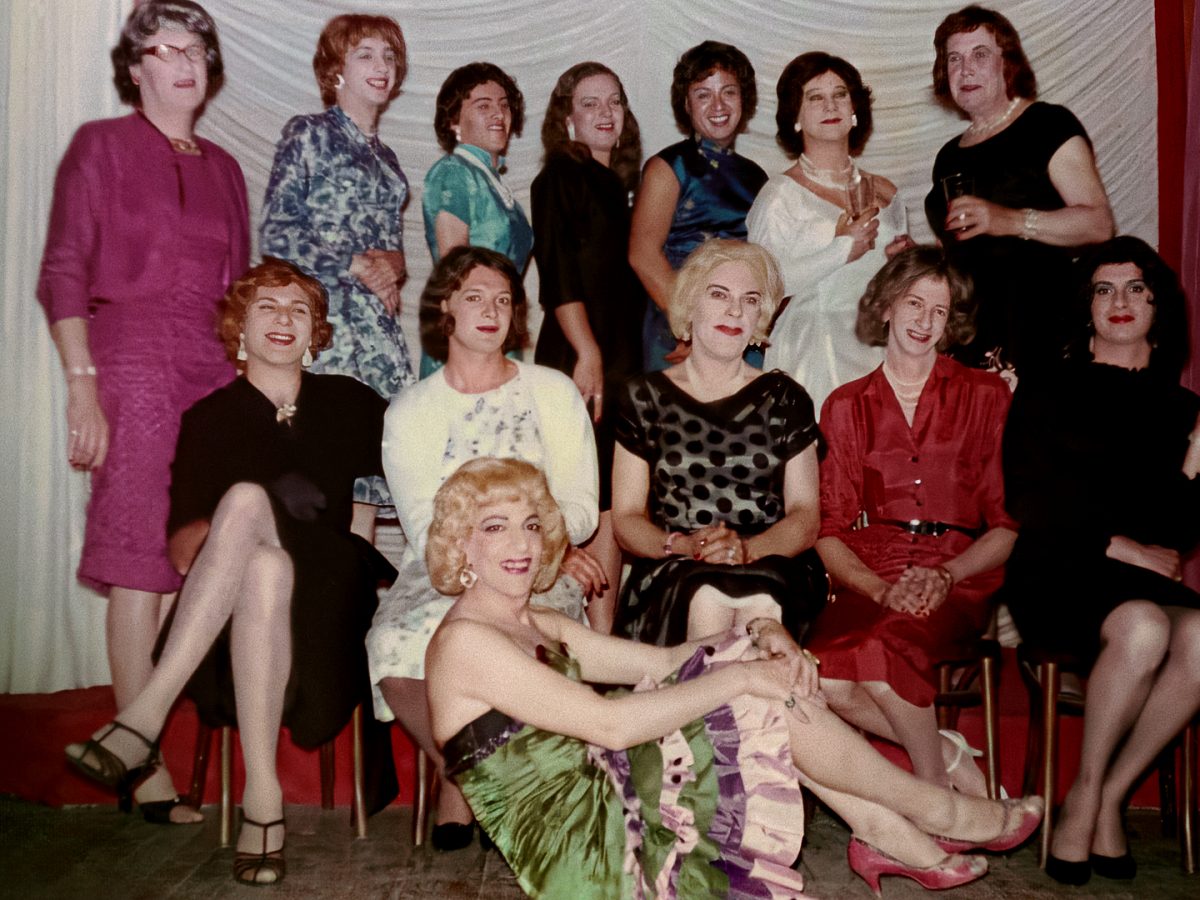 As I watched French filmmaker Sébastien Lifshitz’s queer-historical documentary Casa Susanna—one of the highlights at the Toronto International Film Festival (TIFF) this year—I thought of a recent observation by trans writer Morgan M. Page. Page, who co-wrote one of this year’s most acclaimed films, Framing Agnes, was criticizing the sharp disconnect between the reality of the lives of trans people and historical media narratives about them:

… trans people are, 99% of the time, framed as islands. We are thought of as being very lonely, and we are isolated when we interact with authorities, whether those be medical, police, or otherwise. But what we actually know about our community … is that we’re never without each other.

Casa Susanna—which PBS will be showing in the US—provides a counter-narrative to this erasure of community. It tells the story of a resort of the same name, in the Catskills in upstate New York, that was home to a group of cross-dressers in the 1950s and 1960s. Traveling there for the weekend from New York City and beyond, this group of (at the time) straight-identifying men were frequently accompanied by spouses or girlfriends. Spending time together gardening, cooking and sharing meals, they shared a common aim—in the words of critic Amber Wilkinson—“to emulate upper-middle class feminine elegance,” a life far removed from their normal existence.

Casa Susanna was the brainchild of Marie Tonell, an Italian-American who owned a wig shop in Manhattan, and whose husband, a Chilean immigrant (and radio personality) named Tito Arrigado, fashioned an alter ego, Susanna Valenti, after whom the resort was named. Over the years, Casa Susanna attracted  a number of charismatic and fascinating habitués. One of them, interviewed at length, is octogenarian Katherine Cummings, a renowned Australian trans activist who transitioned at 51 (in 1986), named herself after Katharine Hepburn, and won a national award for her 1992 memoir Katherine’s Diary.

Also featured prominently in the film is trans woman Diana Merry-Shapiro, a Casa regular who later joined Xerox Corporation as a secretary, rose to become a software engineer, and helped develop the internationally used computer language Smalltalk. (She also helped write the first system to create overlapping display windows.) Another fixture at the resort was Donald Wollheim, science-fiction author who published Ursula K. Le Guin’s first two novels in the 1960s. Under the pseudonym Darrell G. Raynor, he penned a memoir of his experiences at Casa Susanna titled “A Year Among Girls” (1966).

The film also evokes an expanded notion of community in its account of how visitors discovered Casa Susanna: often through trans publications such as Transvestia, which were part of a large infrastructure of support. Transvestia was founded and run by Virginia Prince, a trans woman from Southern California who led a support group. In a wonderful piece on trans archives, Caden Mark Gardner writes:

These American trans publications of the 1960s and ’70s—self-published magazines and newsletters that are estimated to number around two dozen—were juggling an array of functions, responding to the needs of an eager readership looking for community and a better sense of what was out there, and who else was out there … Many of the publications operated in secret out of self-protection—one newsletter was irreverently titled Ssshhh!—in light of the fact that Virginia Prince had at one point been arrested for publishing Transvestia.

Archives can also help foster community—and serve as a source of support—across generations. Earlier this year, before the film premiered at Venice, Lifshitz curated an exhibition of photographs at the art museum C/O in Berlin. Titled “A Secret History of Cross-Dressers,” it collates a couple of hundred amateur pictures taken between the 1880s and 1980s that he found at flea markets, garage sales and antique shops. He has traced his longing for queer images of everyday people (and the support they could provide) to his adolescent years:

As a young gay teenager, I felt that I needed to connect with this history of homosexuality – how it was to be a homosexual in the past. In the 1980s, when I started to look for queer history, there was very few things you could find. There was no internet, nothing on TV. Even the gay press was only focusing on youth and present times. Of course, there were some articles on famous writers or fashion designers but nothing about ordinary people. Most of the stories and films you could find of past lives were tragic. I felt a kind of gap between what I could read or watch and my situation, which was more banal and quiet …

Whenever I travel to film festivals, the first thing I ask is, “where are the flea markets, where are the antique shops?” I’m just totally obsessed with trying to find new pictures from each country. I suppose it’s a kind of world memory that I’m trying to collect.

There exist at least two earlier, widely available accounts of Casa Susanna in the queer archive—one documentary and one fictional. At a New York City flea market two decades ago, two men—Michael Hurst and Robert Swope—found a box of photos taken at Casa Susanna, mostly by Andrea Susan. In 2005, they published over a hundred of them in a coffee table book; a New York Times review followed, bringing the story broad attention. A few years later, the famed gay playwright and actor (and owner of delicious, gravelly voice) Harvey Fierstein came upon the book and wrote the fictionalized production, “Casa Valentina”, which premiered on Broadway in 2014.

The special appeal of Lifshitz’s documentary lies in the way it quietly emphasizes the everydayness of life at Casa Susanna. Hurst and Swope write in their book that the most revealing photographs capture moments in which “the girls sweep the front porch, cook, knit, play Scrabble, relax at the nearby lake and, of course, dress for … each other.” Lifshitz’s film, alive with this sense of intimacy, is dedicated to its most memorable presence, Katherine Cummings, who died before the film’s release. It’s a poignant reminder of how documentary helps rescue histories from the edge of disappearance—and of all the stories that vanish daily as the world loses its queer elders.