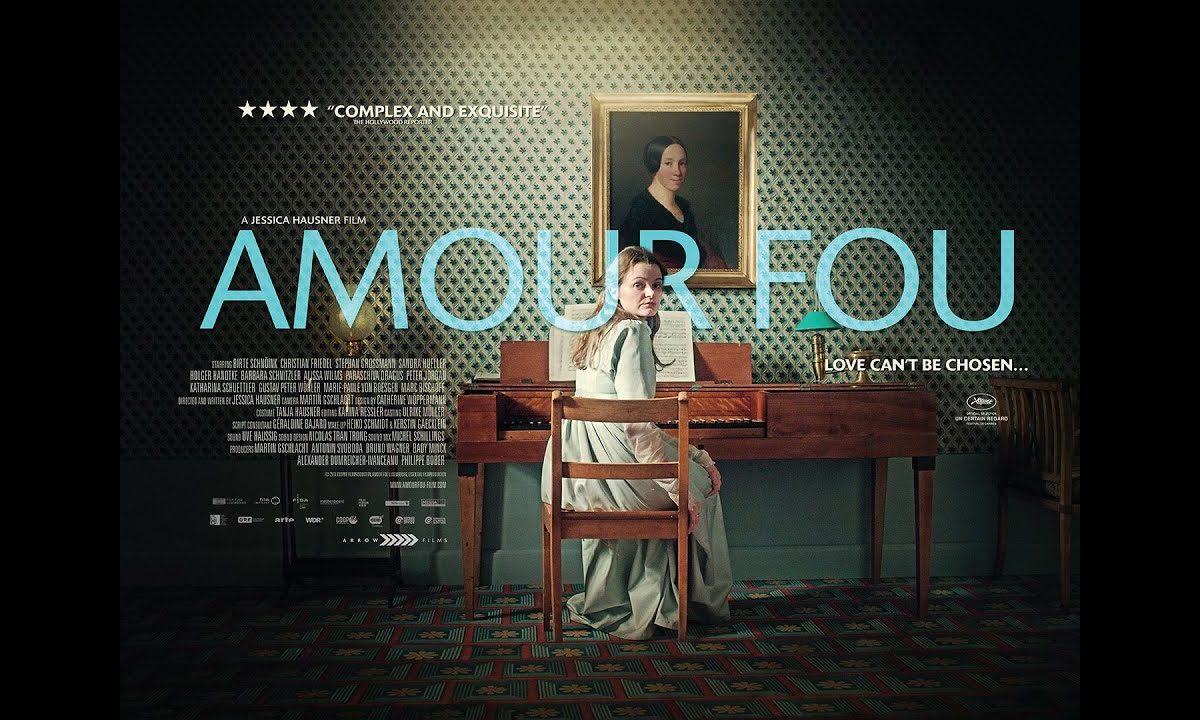 Some thoughts on a couple of films I caught in Toronto …

Two Days, One Night (Jean-Pierre and Luc Dardenne, Belgium). In the first few minutes, I was reminded of a joke. A CEO, a Tea Party member and a union worker are sitting at a table. A plate of twelve cookies appears. The CEO grabs eleven of them, looks at the Tea Partier and exclaims, pointing to the worker, “Watch out—he wants your cookie!”

I encountered this joke as part of a Facebook meme in the aftermath of the 2008 crisis. The situation in the joke resonates with the film’s story—even though the Dardennes said in their Q&A that they first had the idea for the project ten years ago. The plot is simple, even schematic. The sixteen employees of a firm that makes solar panels (a nice irony) are given a choice between receiving a 1000-Euro bonus or preventing the layoff of a fellow worker (Sandra, the protagonist, played by Marion Cotillard). They vote for the former option, and Sandra spends a weekend tracking down several co-workers one by one, pleading with them to change their vote so she can keep her job.

This film hit me especially hard because of a personal reason: in the last year, I have been trying to use the phenomenon of neoliberal capitalism—and its wide-ranging, calamitous impacts on society and the environment—as a master paradigm to structure some of my courses. The situations, contradictions and ironies put in place and developed by the movie speak powerfully to our present moment: this is ‘contemporary’ cinema at its most urgent and jolting.

If the film was merely illustrative of neoliberalism and its effects, it wouldn’t be very interesting in aesthetic terms. But the Dardennes have designed a work crammed with detail—a lot of it open and suggestive but not conclusive. For example, Sandra has been marked for layoff because she has recently returned from sick leave due to struggles with depression. Can her depression itself be traced to alienated labor or did it pre-exist her work? Why exactly is she being fired? Is it because she might be, due to her recent illness, a less than perfect ‘working machine’? Questions such as these are quietly signalled by the film and left suspended.

The Dardennes have spoken in interviews about the influence of the philosopher Emmanuel Levinas on their work. I’ve not read Levinas but accounts of his philosophy repeatedly stress the ethical and affective importance of the encounter—specifically face-to-face—between one human being and another. It is important (and moving) that Sandra travels and seeks out her co-workers one by one and has a personal meeting with each one. (In a quietly humorous instance that comments upon her quest, she arrives at a co-worker’s house to find that he’s not home, speaks to him through his wife’s cell phone, and then accidentally runs into him in person later—the encounter now ‘complete’.) Each meeting and each worker are subtly, imaginatively individuated, and the film succeeds in great part because of this sustained inventiveness.

Early in the film, Sandra’s husband Manu, a fast-food worker employed by a chain named Lunch Garden (a perfectly generic and globalized name for this real-life Belgian corporation) urges her to use a particular line when she sets out to implore each co-worker for her job: “I’d rather be together with you than alone on the dole.” An audience member asked the Dardennes if Sandra was simply an updated version of Rosetta, fifteen years later. They said no. Rosetta, for them, was “a good capitalist soldier” who would do anything—including betraying a friend—to survive. But Sandra was different in that a sense of solidarity was important to her. It’s ironic: conditions around the globe have deteriorated in many ways in the interval between the two films, and yet the new film ultimately feels more hopeful than the older one …

Amour Fou (Jessica Hausner, Austria). The most ‘perfect’ film I saw in Toronto. There were others that were more complex and challenging (Goodbye to Language, Horse Money) but this one struck a certain droll balance between aesthetics and politics: between a carefully detailed form and a quiet but insistent political analysis.

The film is a satirical comedy set in the early 1800s in which real-life German writer Heinrich von Kleist attempts to convince a housewife to join him in a double suicide. This narrative pretext permits Hausner to evoke a world—that of the Prussian bourgeoisie in Berlin—and sketch, beneath the narrative, a diagrammatic view of a society, its structure, and its invisible lines of hierarchy. The formal design of the film is distilled and exact: every image contains an idea—or gestures toward one.

Amour Fou’s strategy is to tightly connect film form to social formality, thus expressing something about—commenting upon—the world it depicts. The film opens with a close-up image of a bright shock of yellow flowers: Henriette the housewife is arranging them meticulously, but because of the camera angle, she is almost totally obscured by them. The film is full of formal rituals that also simultaneously stage the playing out of social roles and distinctions: dinner parties (with solemn musical performances following), decorous parlor conversations, a ceremonial dance.

A hierarchy is outlined not just through the visual dimension of this film’s social mise en scène, but also in speech: specifically, when certain people get to speak for others. Heinrich, in trying to convince Henriette to die with him, declares to this woman he barely knows, “You love nothing; nobody loves you.” (She is silent in reply; her circumscribed and regimented life as a housewife also means that there is a grain of truth to this presumptuous assertion.) When she falls ill, and is treated by a doctor and a hypnotist, she does not speak; she is merely an object, a surface, upon which ‘science’ is imposed and practiced. At a dinner party, a wealthy Prussian bemoans the harmful after-effects of the French Revolution, and announces that peasants will not know “what to do with their freedom”. The finale (I won’t reveal it here) literalizes the erasure of a woman’s speech by a man, by way of a sly allusion to Bresson’s Le Diable Probablement.

This is also a great film on the theme of ‘the artist as narcissist’. Heinrich wants Henriette as a partner in suicide not because of some spiritually or erotically exalted reason but because of pure selfishness: his ego craves the satisfaction of having a woman give him her most precious possession, her life, for no other reason than that he asked her for it. Here is a good interview with Hausner in which she points out what interested her about the real-life story on which the film is based: “Kleist had apparently asked several people whether they wanted to die with him–his best friend, a cousin and then ultimately Henriette Vogel. I found that a little grotesque. He gave this romantic, exaggerated idea of double suicide for love a banal, slightly ridiculous side.”

— The latest (and third) issue of the journal [in]Transition is edited by Catherine Grant, and features curatorial pieces by her, Cristina Álvarez López, Adrian Martin, Ian Garwood and Miklos Kiss. Also check out the great comment threads with Cristina, Adrian, Pam Cook and Christian Keathley (among others).

— The new issue of Senses of Cinema includes a large and terrific tribute to the Australian scholar/critic/cinephile John Flaus.

— RIP Peter von Bagh, cinephile par excellence. “Masters of Cinema Under the Midnight Sun,” a big book of interviews conducted by Peter von Bagh over the years, will be released soon.

— From the Film Comment archive: Kent Jones on Hou Hsiao-hsien, “Cinema with a Roof Over its Head”. Also, J. Hoberman on Hou at the New York Review of Books.

— Tony Zhou’s latest video essay, “David Fincher: And the Other Way is Wrong”.

— “The Pedagogies of Reading and Not Reading” by Jesse Stommel at Hybrid Pedagogy, via Katie Bird on Twitter.

— The Cinéastes de notre temps episode on Robert Bresson is on Youtube, with English subtitles. Thanks to Catherine Grant for the tip.

— Darren Hughes and Michael Leary have a conversation about the films of Claire Denis at the site To Be Cont’d. Here’s part one; part two; part three; and part four, which is an interview with Denis herself.

— Ricky D’Ambrose on “immersive theater” at The Nation (via David Hudson).

— An interview with Rosi Braidotti about speculative realism, at Frieze Magazine.

— “Liberalism and Gentrification” by Gavin Mueller at Jacobin.

— Finally: I want to send my best wishes to a friend, Lina Rodriguez, whose first feature film, Señoritas, has just been released. It was set and shot in Colombia; here is an interview with her at Film International.