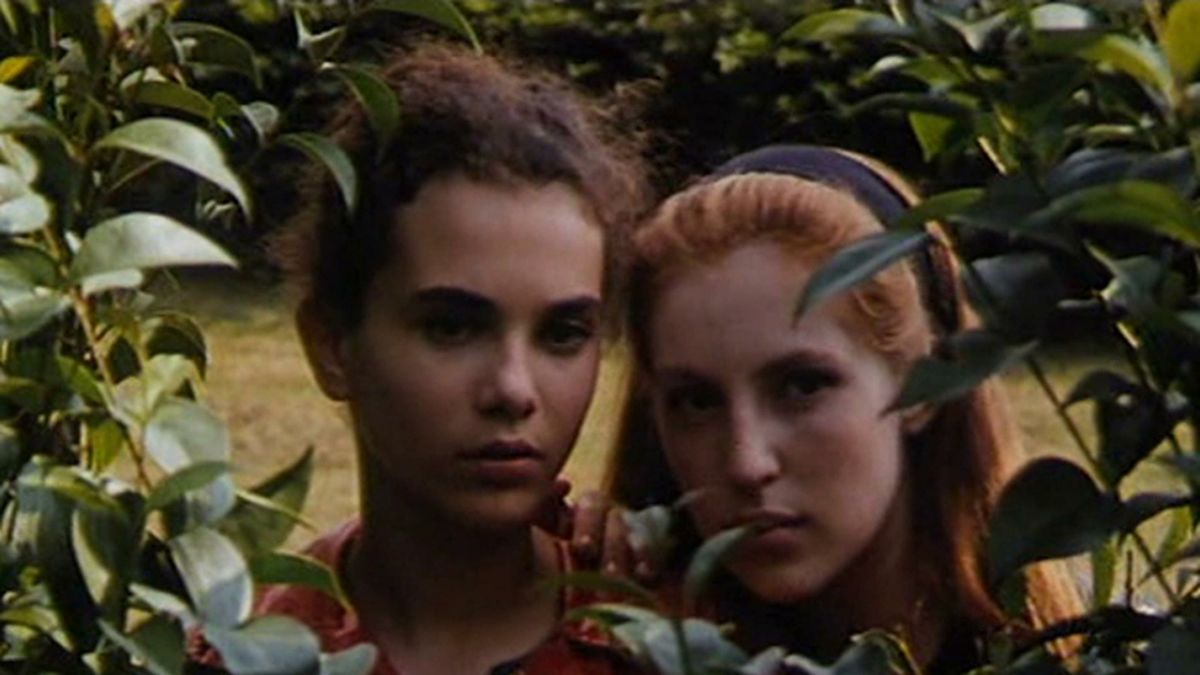 I find it curious that one of the most ambitious European film projects of the 1990s has slipped away from memory in the English-speaking world, having received scant attention and distribution here. I refer to 1994’s Tous les garçons et les filles de leur âge (roughly rendered “All the Boys and Girls of Their Age”).

The project was hatched by Chantal Popaud for the television channel Arte. She commissioned films from ten directors—five women and five men—and asked them to make an autobiographical film about their teenage years. She stipulated that music must play an important role, and there must be at least one party scene.

The films in the cycle included:

I’ve seen just three of these—Denis, Assayas and Téchiné—and they are all outstanding. Emilie Deleuze is the daughter of Gilles Deleuze, and the only film I’ve seen by her, Peau neuve, at TIFF ’99, has long made me eager to see more. The only entry in the cycle that is currently in US distribution is the Téchiné.

James Quandt programmed the series in Toronto soon after the films came out. Looking at the program notes, I notice that only nine (not ten) films were screened. The Internet tells me that Jean-Claude Brisseau was the tenth director commissioned—but appears not to have turned in his film. (Does anyone know if this is true?)

I recently caught up with Claire Denis’ terrific documentary Jacques Rivette, the Nightwatchman (1990). It is structured as a series of conversations between Rivette and critic Serge Daney. At one point, Daney asks Rivette: “Have you seen any films recently that gave you the feeling that we’re seeing good, strong, unexpected things again?”

Rivette cites Patricia Mazuy (this was 4 years before she made her film in the Tous les garçons et les filles series) and her film Peaux de vaches. He describes what struck him about Mazuy’s film:

From the start, you feel like the film is leading somewhere, and the more it goes on, the better it gets, the more the relationships become both more intense and also more mysterious. And we suddenly come to a scene which I found extraordinary, so shattering I went to see it again the following week both for the pleasure and also to check on that scene and see what happened and how it was filmed. The first time I almost had the feeling of those scenes that you dream, I often do that. I dream I’m in a cinema watching a film and seeing wonderful things but then I wake up and it’s gone. But here it as on screen, I hadn’t dreamed it!

It’s Jean-François [Stevenin]’s final scene … I can’t remember the character’s name. (Like everyone else, I talk about films using the actors’ names!) He sets off on the road. That’s the first shot of the scene. In the next shot, we see Sandrine Bonnaire running towards him. She catches him up, tries to stop him, and they carry on walking and talking for a while until they fall into each other’s arms and kiss. And he turns to her and says: “Bring the girl and come away with me.” That’s all one take, hand-held I think, fairly bumpy and following the movement. It looks good, the camera accompanies the characters. Suddenly there’s this close-up of Jean-François which shocked me the first time I saw the film. Because it cuts into this wonderful long shot and shows him watching Sandrine Bonnaire after asking her. It’s a short shot, followed by a reverse angle close-up on Sandrine Bonnaire, she doesn’t answer, she just looks at him. Then her face begins to move, she begins to move and we understand by her movement that she’s going to him but he’s no longer there. We follow, the camera moves behind her, and we see Jean-François heading up the road, stopping a truck that’s coming towards us and climbing aboard, all in this shot that started on her face.

It all happened, from his reaction to the fact that she didn’t reply, and his leaving, all happened off camera, we only saw Sandrine Bonnaire’s face, then her movement, and that’s it, it’s over, he’s gone. It’s virtually the last shot of the film. I thought it was a magical shot, very well filmed and at the same time it conveys emotion through the inventive use of the camera. You almost have to be a filmmaker to appreciate it. It was very simply done.

— A big thank-you to the graduate students and faculty at the University of Pittsburgh for inviting me down to their conference on cinephilia a couple of weeks back. I had an absolutely delightful time!

— A great image-filled post on objects, locations, patterns and details in the films of Jean-Pierre Melville by scholar Roland-François Lack.

— Film critic Elliott Stein has died. Here’s a recollection by Jonathan Rosenbaum. Also: Jonathan on the Viennale in the new Film Comment; and Dennis Lim on the same festival in Artforum.

— Jacques Rivette’s Duelle has popped up on YouTube with English subs. (Via Jaime Christley.)

— David Bordwell: “Make a movie about a possessed pre-adolescent girl who needs an exorcism, and soon we’ll have movies about possessed high-school girls, possessed dogs, possessed cars, and so on. Call it the variorum quality of popular culture—the tendency to explore, sometimes exhaustively, all the possibilities of a single premise.”

— Nice to discover that Richard T. Jameson’s memorable Film Comment essay from 1980, “Style vs. ‘Style’: The good, the bad, and the whatever,” is now available to read online.

— Catherine Grant dedicates a post to the work of Tag Gallagher. She begins with this quote from him: “[T]here is no formula for movie criticism. Cinema is not the same cinema in Ford and Rossellini, so you don’t use the same tools to look at it. Frame enlargements can show a lot of Ford’s art — composition, camera angles rhyming from one shot to the next, lighting – but almost nothing of Rossellini’s art, because Rossellini turns everything into motion. All the feelings, the motivations, the characters’ sense of self, even morality and philosophy are turned into motion. So I published a thousand pages about Rossellini, but I really couldn’t deal with his cinema, until I made my video about his Francesco, giullare di Dio.”

— Michael D. Dwyer: “In teaching my undergraduate Media Studies seminar, I often illustrate concepts that students find abstract or complex with examples from pop music, and especially music video. A few weeks ago, I was using a series of clips to run through some  dominant concepts in mid-twentieth century media studies, a funny thing happened in my classroom. I started to play this [Miley Cyrus] clip…and just as I reached to turn the sound down and start talking about QD Leavis, my students started singing. All of them. Loudly.”

— Thom Andersen’s new documentary is on architect Eduardo Souto de Moura. Andersen: “The difference between Porto and Los Angeles is that there isn’t a compulsion to tear these things down immediately in Porto. In Porto, everywhere you look you see ruins of buildings. There’s always a question of what can be done with these buildings. […] The ruin is like a living thing that changes, something not necessarily to be preserved, but something that can be built upon.”

— At MUBI, an interview with actress Marie Rivière on working with Eric Rohmer on The Green Ray.