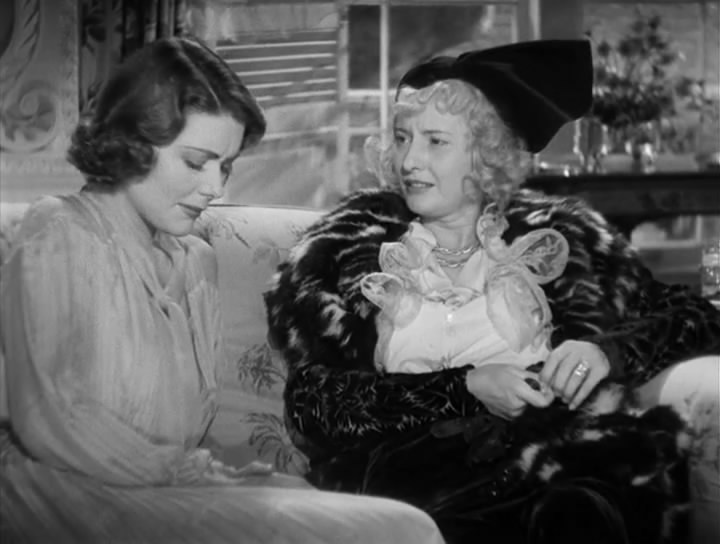 Of the many elements that comprise mise-en-scene — including actors, setting, decor, objects and props, lighting, color, and so on — costume is surely one of the most neglected in film criticism. Cinema scholar Pamela Church Gibson has identified three possible reasons for this neglect of costume and fashion: it’s often considered to be a ‘feminine’ and ‘frivolous’ object of study; it is an overt and materialistic expression of capitalist-consumerist culture (and thus of questionable worthiness); and, finally, fashion is used by society to encourage women to present themselves as ‘objects’ for male visual consumption (feminism in particular wants to be conscious of this). Yet, studies like Jackie Stacey’s Star Gazing reveal that for women audiences, costume is one of the most frequently mentioned aspects of a film.

Costume can also be a vital component of film and mise-en-scene analysis. Take King Vidor’s classic “maternal melodrama” Stella Dallas (1937). In it, Stella (played by Barbara Stanwyck), born and raised in a working-class household, has aspirations of class mobility. She marries an upper-class man but their relationship falters; their class differences are too much, and can’t be surmounted. After they are estranged, Stella works to raise their teenage daughter in a highly strategic and deliberate way, one that prepares her for assuming a place among the upper class. She accomplishes this mainly by assembling for her an identity based on the ‘correct’ wardrobe.

One of the strengths of this film is the wonderful, detailed way in which it presents a system of codes — the codes of class — based on dress. Stella herself is sartorially extravagant: she favors loud patterns, bold stripes, generous frills, large bows, fake jewelry, spangles, vulgar furs with heads, and mountainous hats. But for her daughter, Stella sews and makes home copies of ‘tastefully’ restrained high-fashion clothes favored by the upper classes. (Diana Vreeland of Vogue magazine associated this pared-down, anti-excessive style with “the elegance of refusal”).

In a fascinating essay, literary scholar Edie Thornton has written about the role of women’s magazines in the ‘20s and ‘30s that provided step-by-step instructions for working- and middle-class housewives to construct flawless, undetectable copies of high-fashion garments. Thornton points out that upper-class clothes in Stella Dallas are quiet, minimal, undemonstrative, generally ‘effacing’ the labor of the domestic activities involved in keeping house. (There is an interesting analogy here with Hollywood cinema of the same period — studio-bound, well-crafted, with tasteful production values — that often worked to efface its own labor through devices such as continuity editing.)

In this intelligent and prescient film, personal style, no matter how simple or invisible, is something that is ‘constructed,’ never natural. Stella fashions two parallel and radically divergent identities: one for her daughter (a style based on subtlety and ‘refusal’) and one for herself (excessive and flamboyant). One could watch this film with an eye for costume alone, and find it richly rewarding and meaningful.

I’m curious: What are some other films that make expressive or meaningful use of costume, films in which costume is a key component of mise-en-scene? Also: Any of your favorite writings (reviews or essays or books) that pay attention to film costume? I’d love to hear your ideas and suggestions.

NOTES: I’d like to thank Tanya Loughead and George Boger for the conversation that spurred this post. Pamela Church Gibson’s essay on costume and film is available in The Oxford Guide to Film Studies (1998). Edie Thornton’s essay appeared in American Literary History in 1999.

pic: Upper-class ‘restraint’ and lower-class ‘vulgarity’ side by side in Stellas Dallas.