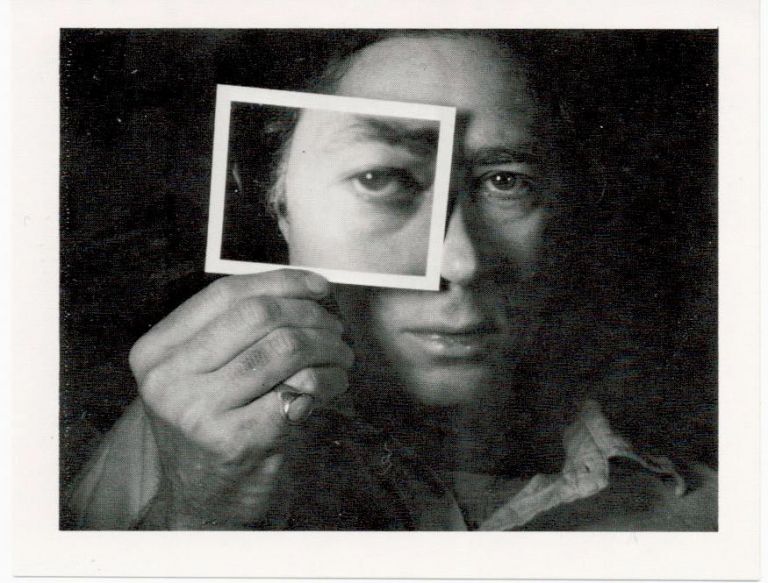 A terrific show last weekend: Michael Snow came to town to screen three recent films/videos and talk about them. The film I was taken with most was Triage (2004). Let me briefly describe it and then I’d like to use it as a springboard for some general reflections. One question I’ve been asking myself in the past week is: What exactly are the various perceptual effects of single-frame films?

Triage is a collaborative work that consists of two side-by-side simultaneous projections. Snow and fellow Canadian Carl Brown each made a film that was exactly 30 minutes long. As in a Surrealist “exquisite corpse” game, the collaboration was “blind”—neither knew what the other was doing.

Snow introduced his half of the work by saying: “My film is built fundamentally on having a different image on each frame.” He subtitled it “King Philip Came Over From Germany Singing.” Perhaps that rings a bell from high school Bio? It’s a mnemonic for the scientific classification system of Kingdom, Phylum, Class, Order, Family, Genus and Species.

What struck me were the film’s structure and the ‘effects’ of that structure. Each section of the film collected together a burst of images of a particular type, e.g. fish, or erotica, or cars. For example, all the pictures of fish were cut together, a different one on each succeeding frame. This had an interesting perceptual effect.

In most films, no two sequential frames are completely identical, of course, but they are often very close. Which causes our faculty of “persistence of vision” to kick in. But in Snow’s single-frame film, each frame is different, thus frustrating the attempts of our internal perceptual processes to create an impression of continuous motion. But (and here’s the interesting part) because Snow groups similar imagery together for minutes at a time, two things happen.

First, an afterimage effect causes us to superimpose, in the mind’s eye, several images together to create, for example, ‘composite’ flowers or fish or sex acts. More abstractly, the eye starts blending colors on successive frames to conjure (it seems to me) new colors that never quite exist in the film’s images to begin with!

Second, the single frames also cause the viewer to unconsciously create movement, e.g. construing or constructing an up-down-or-sideways swimming movement of a ‘composite’ fish upon seeing 24 successive images of different fish in the duration of a single second.

So the real subject of this film seems to be: How do single-frame images get apprehended, combined and synthesized into something new by an act of the viewer’s creative participation, via the workings of human perceptual processes?

I’m wondering: Are there some key single-frame films in the avant-garde repertory? And do they create a variety of perceptual effects? I know that flicker films might also fall into this category. (Tony Conrad lives and teaches here in Buffalo but I haven’t seen The Flicker yet.)

An interesting paradox at work in Snow’s films. On the one hand, he is deeply interested in the basic mechanisms of the cinema, unique and specific to the art-form. He’s devoted entire films to sustained exploration of the zoom (Wavelength), panning (Back and Forth), and moving camera (The Central Region). On the other hand, being an accomplished musician, painter, sculptor and photographer, his work is also about the interpenetration of art-forms. (Think of So Is This, in which the viewer reads text on the screen, one word at a time, for the entire length of the film. It’s both like reading a book and profoundly not.)

In the mid-70s, Snow founded an experimental music ensemble called CCMC that is dedicated to “spontaneous group composition.” The group’s members are Snow on piano, Paul Dutton on voice, and John Oswald on alto sax. The video Reverberlin (2004) shows them in performance, but here’s the twist: the image track and sound track are records of different musical performances by the same players. So, for instance, we see Snow playing piano but hear a different recorded performance by him. Which prompts the question: How exactly are seeing and hearing related to each other? Is one more dominant than the other when we are watching a film?

Just as in the case of Triage, it struck me that the viewer’s senses and perceptions want to synthesize the image and sound tracks into a unity whenever possible, even if that unity occurs only fleetingly and in the viewer’s mind, not in the work itself.

I have a close friend who was a poetry prof for 35 years. Although he’s been retired for a decade, he can still recall hundreds of poems in perfect detail, with effortlessness and clarity. I’ve always envied this, and would love to be able to do it with the works of my favorite filmmakers. (This familiar litany of mine can also be found in the posts “The Cinema In Your Head” and “Re-Viewing Films.”)

I’m anything but technologically au courant. My TV is over a dozen years old, and I use both my record player and VCR regularly. But a couple of weeks ago I picked up a portable 10-inch DVD player for my desk. It hasn’t exactly altered my viewing practices, but it’s offered something supplemental, a new modality of viewing that’s both productive and fun.

I’ve been taking brief breaks during the day and watching a couple of DVD chapters at a time on the portable. Probably because of this ‘discontinuous’ viewing manner, I’m finding the narrative to be less ‘absorptive’ than if I watched the film in a continuous, immersive fashion. The mise-en-scène and cutting are leaping out and registering more vividly. I’ve only been revisiting films I’ve seen before (and want to remember better), which may also have something to do with my heightened sensitivity to film form on the portable. Also, it keeps the computer, which I’d occasionally use before for viewing film excerpts, free for other work. Just curious: Does anybody else watch films ‘discontinuously’ on computers or portables?

— Michael Sicinksi on the NYFF Views from the Avant-Garde: part 1, and part 2, both at Greencine. Also: a clutch of reviews including Eastern Promises and The Ex, at his own site.

— Craig Keller, at Cinemasparagus, on Antonioni’s The Dangerous Thread of Things.

— Dave Kehr in the NYT on The Jazz Singer.

— Zach on James Gray’s We Own the Night. Gray’s The Yards (2000) is one of my favorite American films of the decade so far (thanks to Andrew for turning me on to it), and I’m eager to see the new one tonight.

— Jim Tata on the role of fiction editors and the writing of Raymond Carver.

— Doug on women animators at the National Film Board of Canada.

— via David Hudson: at Sight & Sound, some filmmakers (Olivier Assayas, Bruno Dumont, Paul Schrader, Eugène Green, and Aki Kaurismäki) answer questions on why Bresson is important to them.