For Criterion: an essay on women film editors. 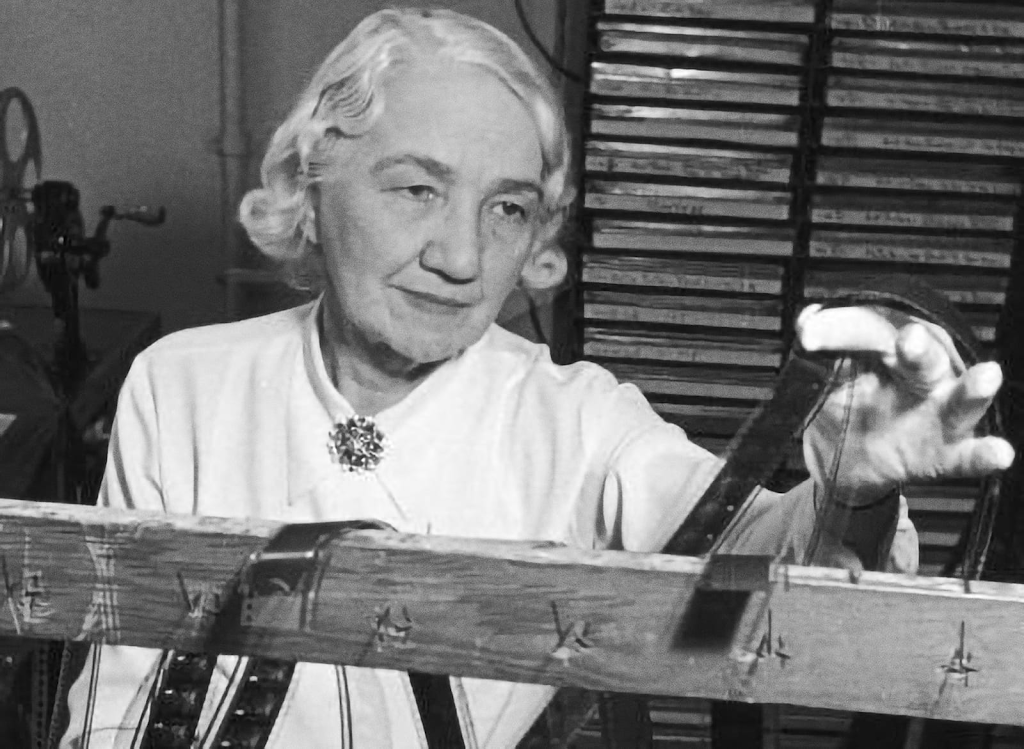 I’ve written an essay for Criterion on women film editors. It was inspired by Su Friedrich’s website, Edited By, a wonderful, invaluable labor of love devoted to them. Here is an excerpt from the essay.

In his book Women Film Editors: Unseen Artists of the American Cinema, David Meuel points out that film editing work in the silent era was not only tedious (given the need to sift through large quantities of filmed footage), it was also low-paying. Because “cutting” was considered menial and monotonous work similar to knitting and sewing, it became common for young women with little or no professional training to be hired as cutters. When male figures such as D. W. Griffith began to emphasize the editing function of cinema through devices like cross-cutting, the perception of editing underwent a transformation. No longer simply a cutter: the “editor” was born.

At the same time as editing acquired prestige in the 1920s, studios expanded in size and movies became big business. With men universally installed at the helm of big studios, women were “systemically purged” (in Meuel’s words) from producing, directing, and editing positions in Hollywood. Despite this calamitous turn of events, editing proved slightly more hospitable for women than producing or directing, and a modest core of women editors survived this transition […]

Still, editors have been under-researched by film historians, primarily because of the mighty influence of auteurism, which has profoundly shaped the study of Hollywood in the last half-century. By centering directors, film history has tended to marginalize other creative artists in Hollywood, including editors. The scholar J. E. Smyth, who has produced an indispensable body of work on women in Hollywood over the last decade, singles out a male editor, Walter Murch, as the exception, given an “auteur glow” thanks to praise from directors such as Francis Ford Coppola and Martin Scorsese. An instructive contrast might be made with a woman editor such as Schoonmaker, who has been held up as a model collaborator (rather than as an auteur figure) by Scorsese, or Sally Menke, who edited all of Quentin Tarantino’s films from Reservoir Dogs (1992) up to Inglourious Basterds (2009). Menke was hired by Tarantino to edit Reservoir Dogs because (as he once explained in an interview) he wanted a woman who would “nurture” both him and his movie, rather than “shove their agenda or win their battles with me.” It is a telling statement that underscores both the gender-normative views that continue to prevail in Hollywood and the competitive masculinism that underpins the mythology of the auteur.

pic: Anne Bauchens, who had a four-decade working partnership with Cecil B. De Mille, and was the first woman editor to win an Oscar.