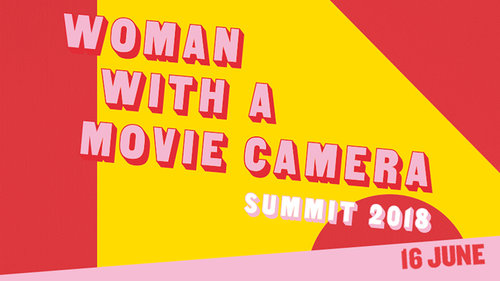 — A twitter thread by So Mayer on how film criticism needs to change; it is a response to a recent, poorly argued piece that asked, “Who needs film critics?”

— Pamela Hutchinson reports on the historic “Woman with a Movie Camera” summit at the BFI in London. Also see Anna Coatman’s report about the event.

— Moira Donegan on the divide within feminism between #MeToo and those who form the backlash to it, and how this divide is not necessarily generational, but one of competing visions of feminism, social vs. individualist.

— Lynsey Grosfield on freelance writing and the situation of women in it.

— J. Hoberman on his website, “Why I cannot review Jonas Mekas’s Conversations with Filmmakers”; an epilogue to Michael Casper’s piece on Jonas Mekas in the New York Review of Books.

— A group of Latinx critics zero in on aspects of representation in Sicario: Day of the Soldado that have been missed by most other critics.

— A round-table on Hannah Gadsby’s Nanette at the feminist, queer website Autostraddle. (If you haven’t seen Nanette, best to go in cold, without reading anything about it.)

— Eric Allen Hatch on being hopeful for the future of arthouse programming.

— Rebecca Solnit on the “politics of disconnection” in the world today.

— On Europe’s #MeToo debate and “the threat of change.”

— Sady Doyle on the pop culture roots of the Incel movement.

— The program notes for this intriguing film series at BAM (in Brooklyn) open with a Sara Ahmed quote (“If whiteness gains currency by being unnoticed, then what does it mean to notice whiteness?”). What a great idea: framing these mostly (over-)familiar movies (like Ferris Bueller’s Day Off, Pulp Fiction, Taxi Driver, Gran Torino, etc) through the lens of whiteness. Also see: Craig D. Lindsey’s article on the series in the Village Voice.

— A great interview with Alberto Toscano on the enduring importance of Marxism and reading Marx today.

“One of the most important messages I hope to convey is that so many of the debates we’re having today were actually settled 100 years ago. Can women direct action pictures? Yes. Can female leads carry pictures at the box office? Yes. Can “women’s issues” (like reproductive politics, sexuality, family life) appeal to a wide audience? Yes. Ignoring this history and continuing to debate issues that were settled so long ago makes today’s generation of female filmmakers think they have to reinvent the wheel…”

— Essential reading: Ben Tarnoff on big data and the need to democratize it:

“Big data is extractive. It involves extracting data from various “mines”—Facebook, say, or a connected piece of industrial equipment. This raw material must then be “refined” into potentially valuable knowledge by combining it with other data and analyzing it.

Extractive industries need to be closely regulated because they generate all sorts of externalities—costs that aren’t borne by the company, but are instead passed on to society as a whole. There are certain kinds of resources that we shouldn’t be extracting at all, because those costs are far too high, like fossil fuels. There are others that we should only be extracting under very specific conditions, with adequate protections for workers, the environment, and the broader public. And democratic participation is crucial: you shouldn’t build a mine in a community that doesn’t want it.

These principles offer a framework for governing big data. There are certain kinds of data we shouldn’t be extracting. There are certain places where we shouldn’t build data mines. And the incredibly complex and opaque process whereby raw data is refined into knowledge needs to be cracked wide open, so we can figure out what further rules are required.

Like any extractive endeavor, big data produces externalities. The extractors reap profits, while the rest of us are left with the personal, social, and environmental consequences. These range from the annihilation of privacy to algorithmic racism to a rapidly warming climate—the world’s data centers, for instance, put about as much carbon into the atmosphere as air travel.

Society, not industry, should decide how and where resources are extracted and refined. Big data is no different.”