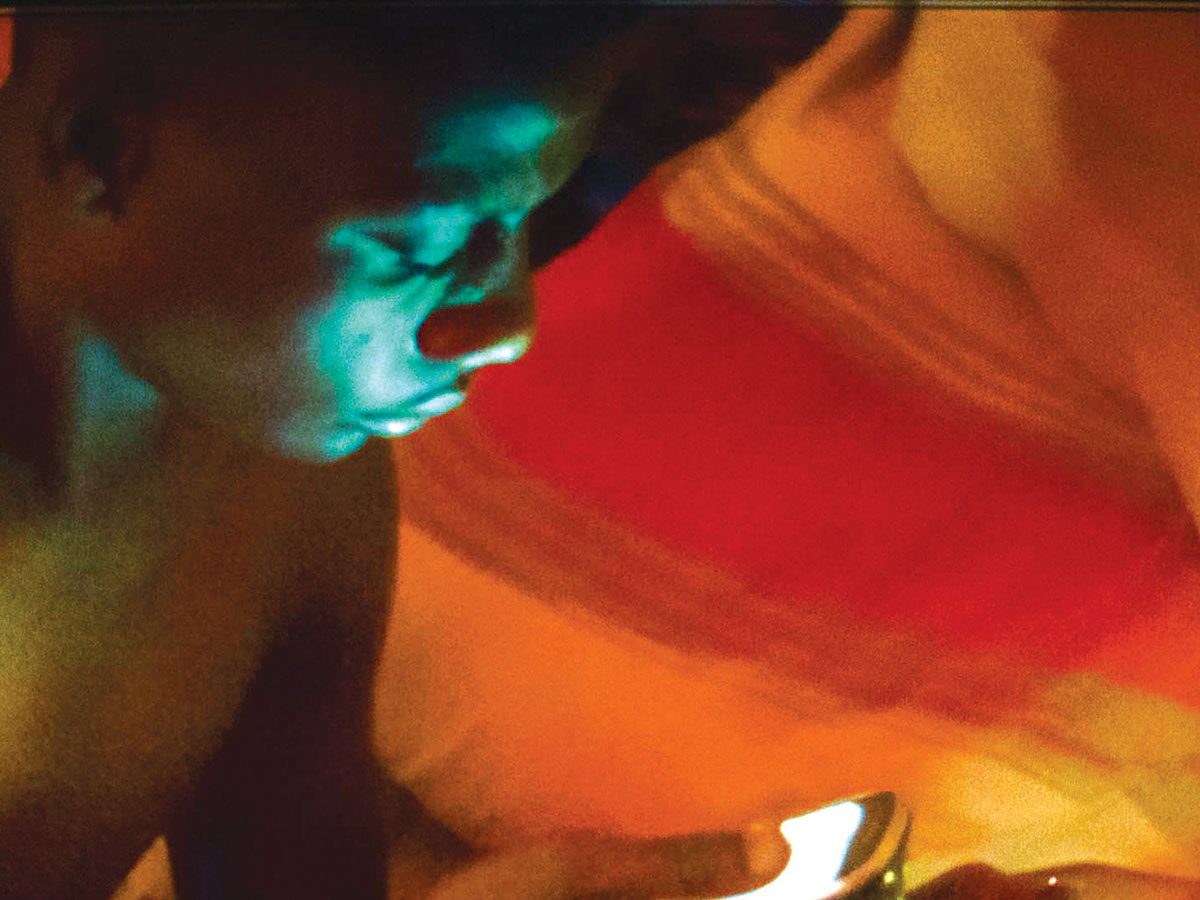 Jim Jarmusch’s Paterson — about a bus driver/poet (Adam Driver) named Paterson who lives in Paterson, New Jersey — is a film about amateurism. And thus, an answer to the films of Howard Hawks.

There are few auteurs, especially in popular cinema, who have the powerful legibility of Hawks. His signature themes are so clear, so insistently invoked and reworked over a filmography that spans nearly 50 years, that it is instantly obvious why he became an exemplary case study for auteurism. Famously, one of Hawks’s key themes is “professionalism”: the unwavering dedication and commitment of his (mostly male) characters to their work, their vocation.

But it is avocation that is the focus of Jarmusch’s film. Paterson steals moments out of his working day to write poetry on his lunch break or in the minutes before beginning his bus route of the day. This struck a chord with me. In today’s world, when more and more people work alienating or semi-alienating jobs while pursuing their passions on the side, the notions of “professionalism” and “amateurism” take on a special poignancy.

More than the specific act of writing poetry, the film observes everyday life seen and experienced through a poetic sensibility: the way this sensibility transforms the way one looks at reality. Poetry sharpens Paterson’s everyday perception, his quotidian curiosity. For example: the attention he pays to examining a book of Ohio Blue Tip matches while he is eating his breakfast cereal; or the way he listens in on conversations between passengers on the bus; or the interest he takes in the notebook of a little girl who happens to be waiting for her mother by the side of the road. Paterson’s amateurism infuses his entire life, pervades his days and nights, thus going far beyond what we think of as professionalism.

I find it moving that the everyday is not only the subject of this film, but also deeply embedded in its structure. We witness a week in the life of Paterson, each day returning to certain activities, repeating them with variations. As David Bordwell writes, “Paterson’s routines create a rhythmic matrix that we quickly learn … A poetic principle of verse and refrain gets built into the film’s structure.” Jarmusch himself has called the film “a metaphor for daily life … every day is a variation on the day before or the day coming up.” A productive tension results between this resolute attention to the small-scale, the ordinary — and the artificial, highly deliberate and wrought (albeit with a light and experienced touch) structure and rhythm of the film.

Interviews with Jarmusch repeatedly reveal a curious, outward-directed sensibility: he wears on his sleeve an openness to the work of artists across a range of media (not just movies but also music, literature, visual art, poetry). Similar to the gallery of inspirational figures on Tom Hiddleston’s wall in Only Lovers Left Alive, there is a gallery of Paterson, New Jersey natives on the wall of the neighborhood bar in his new movie. Jarmusch has also told the story of arriving in New York City from Akron, Ohio in the 1970s, and becoming immersed in the study of New York School poetry. His teachers included the poets Kenneth Koch and David Shapiro; the latter co-edited, with Ron Padgett, the influential “An Anthology of New York Poets” in 1970, a book that became a “bible” for the filmmaker. Padgett also penned all of Paterson’s poems in the movie.

Jarmusch points out that the non-commercial status of poetry has meant that its practitioners have not been able to make a living from it, thus resulting (one might say) in “an art of amateurs”: for example, William Carlos Williams was a doctor, Charles Bukowski worked at the post office, and Frank O’Hara was a museum curator. This made me think about the parallels between poetry and cinephilia, arts and avocations often practiced in the interstices of the everyday.

Let me note a reservation. Like Jonathan Rosenbaum, I was a little irritated by the difference between the way the film approaches the work of Paterson and that of his wife Laura (Golshifteh Farahani). Laura shares Paterson’s unflagging creativity, exercising it daily, but the film views her work — paintings, curtains, garments, cupcakes, all featuring a comically consistent aesthetic of graphic black and white — with a certain bemusement. If the movie ennobles Paterson’s work, it renders Laura’s slightly kooky. Which is really unfortunate….

The most strikingly new and unfamiliar film I saw at TIFF was Eduardo Williams’s The Human Surge. This avant-garde first feature by the Argentine-born Williams won the Locarno Film Festival’s “Filmmakers of the Present” award.

Movement lies at the heart of cinema — and at the heart of this film. The Human Surge comprises three sections, filmed in Argentina, Mozambique and the Philippines, in which we see people, mostly in their 20s, walking through landscapes urban and rural while a hand-held camera follows them and records their actions and social interactions. The Internet is an important presence in this film — but glancingly, intermittently, and not at all depicted in a way that might be familiar to us from existing cinematic representations. (This freshness of approach is itself some kind of feat.)

Leo Goldsmith’s essay in Cinema Scope is an essential read. He proposes that if

21st-century cinema effectively began with a camera floating dreamily after Shu Qi along a fluorescent-lit Taiwanese overpass at the start of Hou Hsiao-hsien’s Millennium Mambo (2001), or with the Steadicam fluidity of similar shots of the back of characters’ heads in films by the Dardenne brothers, The Human Surge seems to offer an important update, multiplying its wayward pathways and unmoored characters, randomizing their points of intersection, and permanently detaching the camera from its place of stability and control.

He explains Williams’s cinema as being

one of vectors: across borders, networks, and states of being […] these milieus are rendered by Williams as a set of unfolding landscapes, alternately distinct and alien in their local particularity and flattened by the similarity of their socio-economic backdrops: bland technocapitalism, precarious employment, or rural spaces in the process of becoming urban, if not falling back into entropy

And here he is again on the film’s up-to-the-minute depiction of work:

Unstructured downtime seems to fill up the cracks of the film’s many forms of labour: webcam sex work, industrial labour, desk-jockeying, manufacturing. And all of these types of work seem to bear an ambivalent relationship to the networked digital spaces that the film’s characters on all continents are constantly (and usually unsuccessfully) trying to access. The Human Surge creates a sense of continuity across widely disparate places, a continuous unrolling of geographic space held together by an ambivalent sense of interconnectedness through technology.

Williams himself is wonderfully articulate: I recommend reading his interviews with Gustavo Beck at MUBI Notebook; Ela Bittencourt at Film Comment; and Steve Macfarlane at Remezcla.