On Video Essays, Cinephilia and Affect 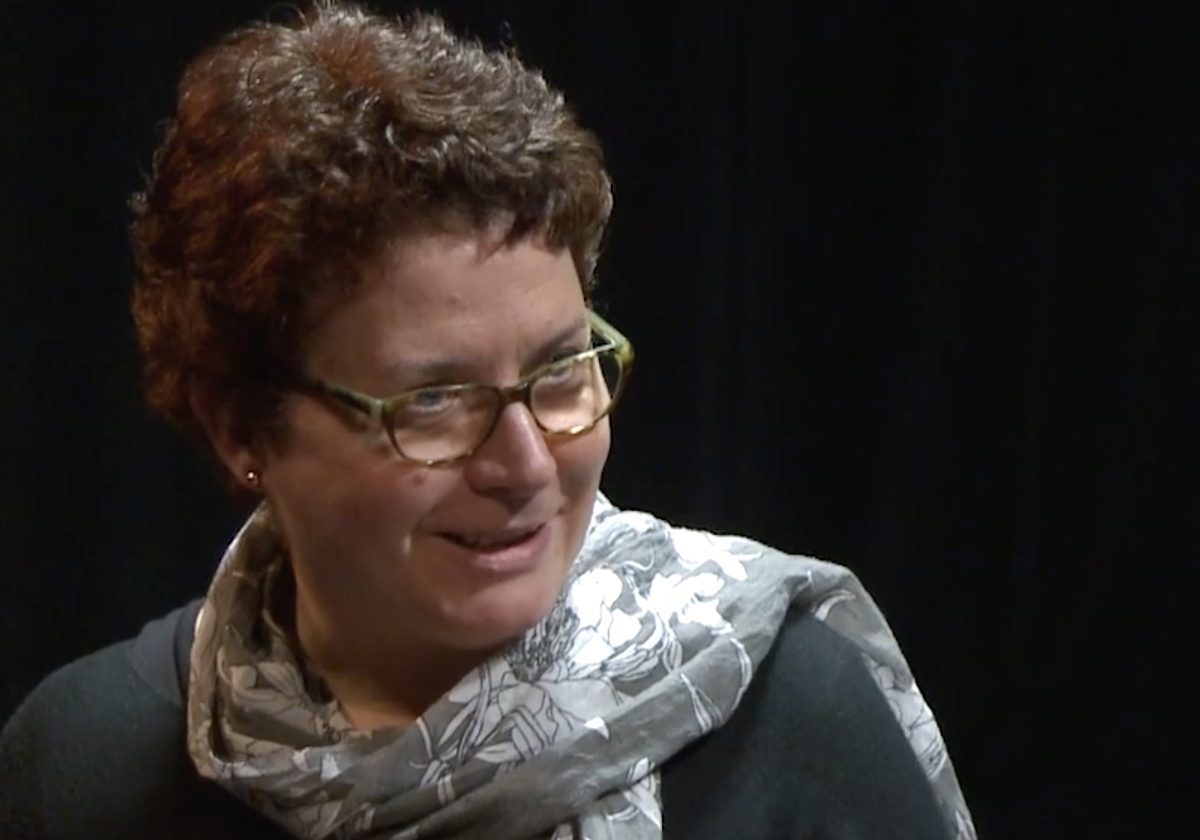 Even though I don’t teach in the cinema studies discipline, I have made a habit, in the last few years, of traveling to the SCMS (Society for Cinema and Media Studies) conference each year. It allows me both to socialize with cinephile scholars (which I have come to enjoy deeply) and to get a sense of the directions in which scholarship appears to be headed in the discipline—akin to what traveling to TIFF each fall does in acquainting me with new directions in “world cinema”.

At this year’s SCMS conference in Seattle in the spring, the single best session I attended was devoted to video essays—and their emergence as a new and exciting mode of scholarship. Specifically, I am intrigued by the connection between video essays and cinephilia. It has long been noted that when cinephiles engage in practices such as talking or writing about cinema, they are trying to prolong the experience of cinema—and thus, sustain and extend the special affective states produced in the cinephile’s acts of engagement with cinema.

I am wondering about how video essays fit in here. By which I mean: Is there a special, cinephilic, affective charge that the critic/scholar derives from making video essays? And, correspondingly, that the viewer derives from watching them? What accounts for the allure, the pull, of the video essay both for maker and viewer?

There are some valuable clues to the first question in Catherine Grant’s essay “The Shudder of a Cinephiliac Idea?,” in which she describes the process of making her first video essay, Unsentimental Education (2009). Grant invokes the artist/theorist Barbara Bolt, who advocates for a “practice-based research” in which new knowledge is generated through process, through practice, rather than through “talk”. Bolt draws on philosopher Martin Heidegger’s notion of “handlability,” which refers to a special form of understanding that is achieved “with hands and eyes,” through handling, doing, making.

Grant’s account of making video essays is remarkable for the way it foregrounds the role of affect in generating criticism and knowledge. She signals this with the title of her essay, which quotes Bolt: “the new emerges through process as the shudder of an idea” (my emphasis). Bolt calls this process “material thinking”.

Grant confesses that she had taught Chabrol’s Les Bonnes Femmes (1960) for years, and thought she knew the film well. But once she began working on a video essay on the film, she realized that her motivation to do so was being fed by a very specific desire: to engage closely “with this film’s strangeness—its beguiling yet disturbing affect—a quality to which I have always been (perhaps obsessively) drawn, and one that neither I nor my students had been able to account for effectively in words…”

By using non-linear editing and the ability of technology to reorganize, juxtapose and play with audiovisual material from the film, Grant arrived at a personal critical breakthrough. In particular, reworking a key shot in the film by reframing it caused her to reach a deeper understanding of this moment—and the “implacable logic of the films characters’ captivity in human (and cinema) time.” The conclusion of her essay is touching: she is gratified to have found “knowledge that she once would have disavowed, or denied, as she searched for much more “acceptable” scholarly objects.”

Taking a step back, we can view the affective appeal of video essay production against a wider horizon. In the mid-1990s, an affective turn took hold in the humanities and social sciences. It spread through several disciplines—like history, sociology, women’s studies and cultural studies. In brief, the turn to affect was inspired by a dissatisfaction with earlier theoretical approaches such as post-structuralism which did not allow sufficiently for non-linguistic factors and for individual difference. The move to affect meant a move away from large scale-analysis and social structures, and towards a focus on relationships and encounters with other individuals, technology and the world—and how these relations impact, shape and form us. The multi-disciplinary appeal of affect was also significant: it struck a chord that rippled across the entire field of the humanities—and beyond.

The brilliant, young film studies scholar Eugenie Brinkema has now performed an intervention in this landscape of affect studies with her new book, The Forms of the Affects. In setting the stage for her critique, she recalls the reasons for the ascendancy of affect: its resistance to systematic thought and its recovery of “contingency, possibility and play”. But, she wonders, “have accounts of affects produced more nuanced, delightful interpretations of forms in texts – and have they recovered the dimension of being surprised by representations?”

She notes the powerful attractions and seductive negations involved in taking up affect: “not semiosis, not meaning, not structure, not apparatus, but the felt, visceral, immediate, sensed, embodied, excessive”. But Brinkema also criticizes this turn because it has generally been accompanied by a suspicion of close analysis and of sustained attention to form. For her, a great deal of work under the sign of affect “evades the slow, hard tussle of reading texts closely” and is “incapable of dealing with textual particularities and formal matters”. She admits drolly: “There is a perversity to this [the call she is issuing in her book]: if affect theory is what is utterly fashionable, it is answered here with the corrective of the utterly unfashionable … the sustained interpretation of texts” – something that needs to take place via close reading and deep sensitivity to form.

I think video essays—and videographic film studies in general—might be one modest way to respond to this call. If affects are connected to forces that are released during encounters (as Gregory Seigworth and Melissa Gregg claim in their introductory essay to The Affect Theory Reader), then the extended encounter of working with audiovisual material in a close and sustained manner can be channeled, as Grant’s essay shows, towards the creation of new knowledge through “material thinking”. Laura Mulvey, in her remarkably influential book Death 24x a Second (2006), has proposed the key role that delay plays in engaging with and critically opening up a film or film segment. By prolonging the encounter with moments in a film—through repetition, stopping, resequencing and comparison—the critic/scholar is also able to open up, sustain and extend a special, affectively charged space that leads to thought, all of this occurring in close contact with the formal and stylistic complex of the work being analyzed.

— Christian Keathley has edited the latest issue of the journal [in]Transition, a collaboration between Cinema Journal and Media Commons. I have contributed a short piece to the issue, along with Corey Creekmur and Chiara Grizzaffi.

— In her latest post, Catherine Grant features a half-hour interview she conducted with Adrian Martin in Milan recently. The post also rounds up a lot of great reading.

— A review-essay, by scholar Ingrid Rowland, of the new book Dreamland of Humanists: Warburg, Cassirer, Panofsky, and the Hamburg School by Emily J. Levine.

— At Photogénie: the essay “The Use of an Illusion,” co-authored by Catherine Grant and Christian Keathley. Also: the Photogénie blog features several reports from Il Ritrovato in Bologna.

— Jonathan Rosenbaum, who has long been on the DVD jury at Il Ritrovato, posts from Bologna on this year’s awards.

— David Bordwell from Bologna: “Reporting on the magnificent Cinema Ritrovato festival at Bologna has become a tradition with us, but it’s become harder to find time during the event to write an entry. The program has swollen to 600 titles over eight days, and attendance has shot up as well […] In all, Ritrovato is becoming the Cannes of classic cinema: diverse, turbulent, and overwhelming. How best to give you a sense of the tidal-wave energy of the event?”

— Barbara Hammer on film projection at the caboose website, part of a series that is an oral history of projection: “I never agreed with the makers of the Pathé film camera and projector that defined projection as rectangular […] I can imagine a camera/projector that takes in images and spills them out in a multiple of graphic configurations that could be manipulated by twisting a dial. Let’s say I’m projecting a moving CT scan of a brain in a circle format and now I’m slicing through space with a sideways triangle much like a head of an arrow. Cézanne would be happy!”

— Many films by Mani Kaul are available to watch online at the Films Division of India website. (Via Frederick Veith on Twitter.)