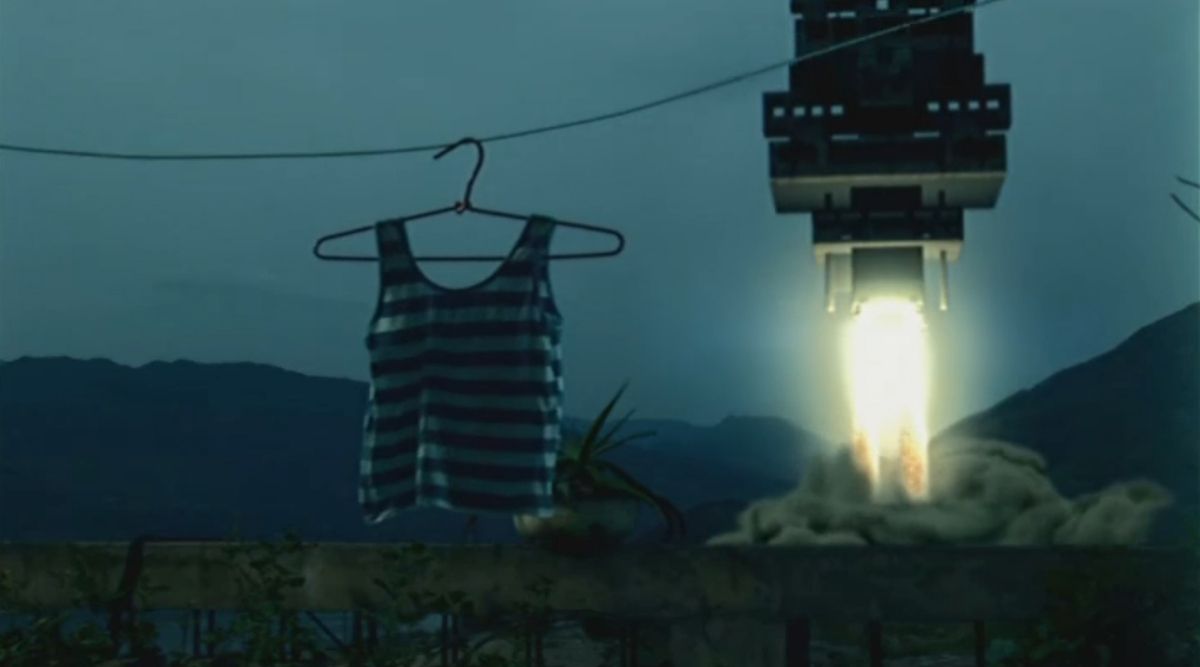 One of the most intriguing aspects of the Movie Mutations project is that it brought together a number of film critics of a certain generation who were geographically dispersed across multiple continents and yet shared a lot of common ground in terms of taste. The films and filmmakers they treasured and championed were often equally (if not more) dispersed in terms of nationality and culture, and yet there was often significant agreement among these critics about their worth. When I first read Movie Mutations, I remember thinking: Does lack of knowledge of context — social, historical, cultural, economic, political, artistic — pose no barriers to the appreciation of a filmmaker’s work as it travels around the world?

My own position on this is simple: Contextual knowledge is not a prerequisite for appreciating cinema, but it definitely can, whenever available, contribute to a deeper and wider understanding of both the film at hand and its place within multiple larger structures — social, historical, political, etc. In other words, I’m rarely nervous about expressing praise for a film I like, no matter its global source, simply because I lack the contextual knowledge to appreciate it fully. The fact that it appealed to me for certain reasons is enough for the moment. But there’s a part of me that continues to be curious — for new knowledge and insight, both contextual and critical, that might revise, rethink, or even just elaborate, in ways large and small, my appreciation.

Case in point: I’ve enthusiastically followed the films of Jia Zhangke for almost a dozen years now but a fascinating piece in a recent issue of New Left Review — “Poetics of Vanishing: The Films of Jia Zhangke” by Zhang Xudong — deepens my view of his films by situating them in certain revealing particularities of background. (The piece is available online for a fee.)

Zhang describes how ‘Fifth Generation’ filmmakers like Zhang Yimou and Chen Kaige were responsible for breaking Chinese cinema into the global culture market. They rejected the studio-bound socialist-realist tradition that preceded them, and instead chose to evoke a mythologized past with a visual reliance on “sweeping, dehistoricized landscapes”:

The elevated style of these films, reifying what they depicted into something ‘timeless’, seemed distant from the concrete experience of their own times, and failed to represent or recount the ongoing, epic social transformation of the country itself in the era of Deng Xiaoping’s market reforms […]

Where the Fifth Generation sutured together a mythological whole—embodied by vast, empty shots of a pristine, ahistorical landscape, from Shaanxi’s loess plateau in Chen Kaige’s Yellow Earth (1984) and Zhang Yimou’s Red Sorghum (1987) to the icy mountain ranges of Tibet—the Sixth was eager to portray the shabby, formless texture of everyday life in county-level towns, where socialist underdevelopment meets the onslaught of marketization.

Specifically, Jia’s films, Zhang tells us, portray a very particular kind of place: they are set in xiancheng, or county-level cities. There are over 2400 such cities in China, but they are extremely under-represented in film and literature. Zhang writes:

To focus on xiancheng is, whether consciously or not, to zoom in on the underbelly of China’s socialist modernity and its Reform Era. Nominally part of ‘urban China’, xiancheng stands apart from the fantasy of a pristine and authentic, custom-bound rural world […] On the other hand, xiancheng is decidedly not a metropolitan area: if anything, it offers the opposite of urban sophistication, white-collar jobs and access to national cultural and political power […]

In terms of material or symbolic capital, then, xiancheng is proletarian China par excellence. In terms of urban forms and their visual representation, xiancheng is usually found to be shapeless and unattractive. […]

In other words, this is the in-between, generic area where the daily reality of contemporary China is laid bare. With no clear-cut boundaries or sharp distinctions between rural and urban, between industrial and agricultural, between high and low cultures, xiancheng becomes a meeting place for all kinds of forces and currents, whether contemporary or anachronistic.

Jia’s “hometown trilogy” (Xiaowu, Platform, Unknown Pleasures) marked the ‘discovery’ of xiancheng in Chinese cinema, Jia even referring to himself as a “cinematic migrant labourer”. After being so closely identified with this milieu, he tried to move beyond it in the setting of The World. Zhang comments:

But this setting [of The World] is in fact a xiancheng within the nation’s capital, at once a migrant labourer’s village and a xiancheng imagining of a globalized world. Indeed the ultimate irony of the film is aimed not at the Disney-style theme park, but at Beijing or even China itself: a giant xiancheng, whose concrete, contradictory realities co-exist with a virtual, mirage-like unity.

Finally, he makes this ironic observation about the reception of Jia’s work:

The idea that Jia’s films are representations of working-class life that only high-cultural audiences can understand, or that they constitute laments about urban demolition funded by the demolishers—24 City, for example, was funded by the very developers behind the project featured in the film—are ironies not lost even on Jia’s supporters.

Jonathan Rosenbaum has long advocated for the crucial place that information occupies in film-critical writing. His book on Kiarostami, co-written with Mehrnaz Saeed-Vafa, is a good example — as is so much of his other work — of this element of critical practice. Iranian politics, history, poetry, and cultural tradition are all summoned to the task of helping to explicate Kiarostami’s work.

Another example that comes to mind is Andrew Horton’s book on the films of Theo Angelopoulos, which attempts to draw upon centuries of Greek history and culture, Byzantine iconography and ceremony, Greek music hall traditions, and shadow puppet theatre to help sketch a broad context for the director’s art.

I’m wondering: Are there other examples of books, essays or even documentaries that perform this film-critical work of helping to provide any kind of context to better appreciate certain films or filmmakers? I’d love to hear any recommendations.

— A lovely joint piece by Adrian Martin and Cristina Álvarez López, “Secret and Impossible,” available in both Spanish and English, at Cine Transit.

— The new issue of the journal Experimental Conversations contains a terrific essay by Fergus Daly called “Sidney Lumet: Experimental Filmmaker?”. David Hudson handily rounds up the issue for us. David also collects links to pieces on David Cronenberg on the occasion of his NYC retrospective. Also: Jim Emerson’s 12-minute video essay, “Written in the Flesh: A Crash Course in David Cronenberg”.

— Matt Zoller Seitz’s “Vertigoed: A Press Play Mashup Contest” has almost 100 participants including Catherine Grant, Jason Mittell and Kevin Lee. The contest required them to take the same Bernard Herrmann cue — “Scene D’Amour,” used in a memorable moment from Vertigo — and match it with a clip from any film.

— Kent Jones and Jonathan Rosenbaum discuss Bresson and Godard. Also: Kent has an essay on Jean-Pierre Gorin’s films on the occasion of the new Criterion/Eclipse box set.

— With this post on Diary of a Hitman (1991), Zach Campbell launches a new series of pieces at MUBI.

— David Bordwell on the expressive use of hands and hand gestures and why they are comparatively rare in cinema today. Also: his post “Tinker Tailor: A Guide for the Perplexed”.

— This Onion story is pretty funny: “Miranda July Called Before Congress To Explain Exactly What Her Whole Thing Is”.

— The Academy sounds an alarm about the fragility of digital production media.

— A brilliant video montage set to Lionel Richie’s “Hello”. For a “key” to where the clips are drawn from, see this post.

— At Moving Image Source: Patrick Keiller on “landscape cinema and the problem of dwelling”; and a group of essays by several critics on films in the “First Look” program at the Museum of the Moving Image.

— Several links via Adrian: Claude Chabrol on adapting La Ceremonie; A great interview with Bob Dylan by John Elderfield; “What If”: movies imagined for another time and place”; The Journal of Aesthetics & Protest; Anne Bilson in the Guardian: “Why restyle Great Women of History as cockamamie feminist role models?”. Related: Laura Flanders on The Iron Lady at Truthout.

— Ben Sachs in the Chicago Reader on Adam Curtis’ All Watched Over by Machines of Loving Grace, which can be viewed online.

— An epic essay and music mix by Trevor Link, “Pop Utopianism: A Manifesto”/”We Need to Talk About K-Pop: A Mix”; and, via Trevor, a discovery of Cinefiles, a large and valuable database.

— Olivier Père will be curating a complete Otto Preminger retrospective at the Locarno film festival this summer.

— At The Guardian: a piece on the birth of UK film criticism, 100 years ago.

— At the MUBI Notebook: “The Lost Pasolini Interview”; “The Posters of Robert Bresson”; and Dan Sallitt’s defense of Julia Leigh’s Sleeping Beauty.

— Via the Film Doctor‘s blog: At Filmmaker magazine, “6 Filmmakers Talk About Documentary Films in the Digital Age”; a story on the “found-footage horror movie” at The Atlantic; an interview with Frederick Wiseman at Filmmaker; and at Observatory, “Reassessing the Saul Bass and Alfred Hitchcock Collaboration”.

— The current issue of the Director’s Guild of America Quarterly includes pieces on Michael Mann and Leo McCarey.

— An interview with Nouvelle Vague cinematographer Raoul Coutard at the Film Comment blog.

— Completely unrelated to cinema (or is it?): I finally know the difference between dork, geek, dweeb and nerd.