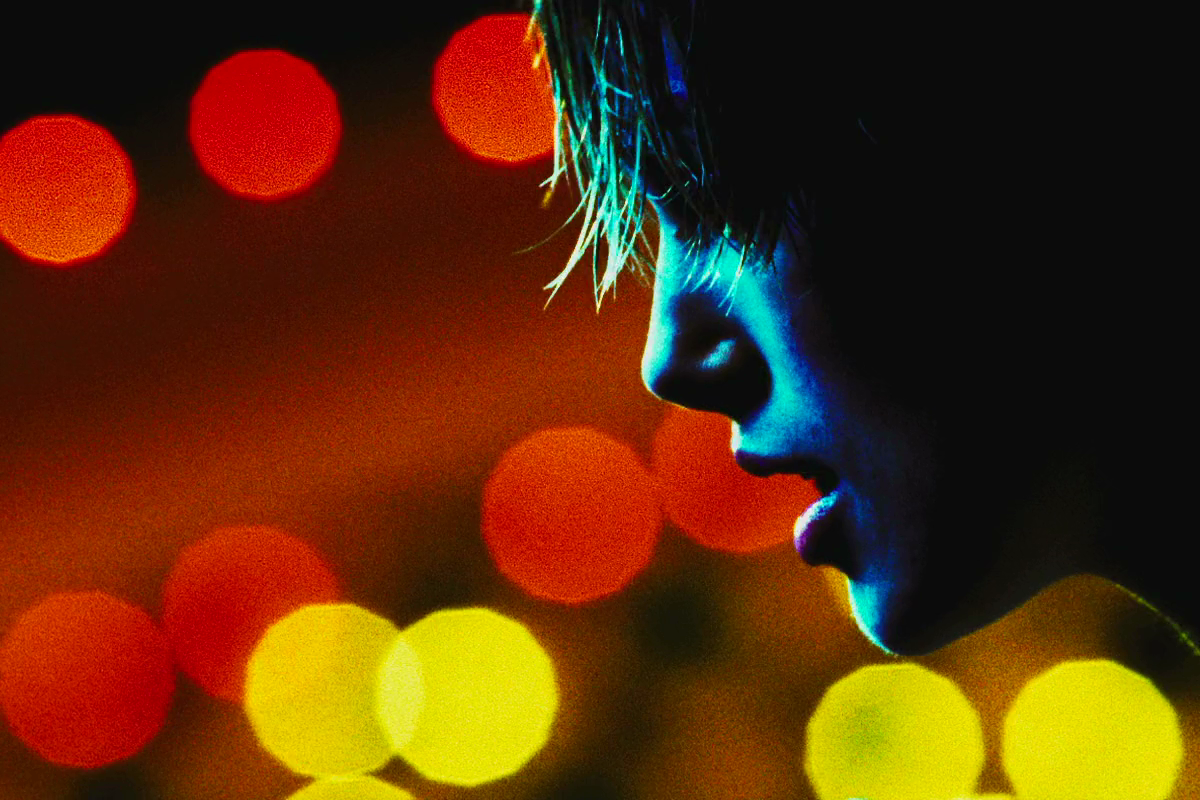 The idea of “vulgar auteurism” has generated a flurry of posts and discussions in Internet film culture recently. Let me offer a few rudimentary observations, and try to ask a few questions about this new term.

“Vulgar auteurism” refers to a particular contemporary critical approach that focuses attention on filmmakers working in a popular mode, especially in less respectable genres such as the action film or the horror film or the crime thriller. Directors who come up most often in discussions of vulgar auteurism include Tony Scott, Michael Mann, Neveldine/Taylor, Paul W.S. Anderson, John McTiernan and Michael Bay. Calum Marsh’s recent piece in the Village Voice provides a useful introduction to the idea, and Peter Labuza’s post offers a context and a bibliography to help track its development on the Internet over the last few years.

The first piece to introduce and discuss this critical concept at some length was written by Andrew Tracy in Cinema Scope magazine (issue #40, Fall 2009). Called “Vulgar Auteurism,” the essay was devoted to the cinema of Michael Mann with a special emphasis on Public Enemies, which had just been released. Although his piece doesn’t explicitly mention it, Tracy was clearly making an allusion to an earlier, important critical essay called “Vulgar Modernism” by J. Hoberman, published in 1982.

Hoberman’s piece was addressed to the “high-art” crowd (readers of Artforum, in which it appeared), and identified a particular sensibility and a certain kind of popular-cultural work that was low in cultural status but audacious and inventive in its use of irony, self-reflexivity and formal play (these latter were its “modernist” traits). For Hoberman, this sensibility “developed between 1940 and 1960 in animated cartoons, comic books, early morning TV and certain Dean Martin/Jerry Lewis comedies”. He dubbed Tex Avery the “Manet of vulgar modernism,” and cited Frank Tashlin as its most exalted cinematic practitioner.

Tracy’s essay on “vulgar auteurism” doesn’t share the same objective as Hoberman’s. Hoberman wants to elevate certain popular artists and low-cultural artifacts to special distinction, but Tracy wishes to express disappointment at what he sees as a general contemporary tendency to raise popular filmmakers above their proper station and admit them into the canon willy-nilly. He complains of the “auteur bloat” that results from critics over-valuing popular American cinema, pointing to the “specious formalism” of the vulgar auteurs.

What about the word “vulgar” itself? What exactly does it mean in this context? Hoberman and Tracy both use the word to refer to products of low cultural value (they are “common”) but Tracy’s usage also carries a negative value judgment about the quality of the films. For him, the vulgar auteurist frequently champions films that are not “fully achieved” and thus unworthy of the critical attention and praise being lavished upon them. However, I notice that in nearly all criticism today, the word appears to refer not to quality but to lack of cultural prestige alone. The vulgar auteurist critic wants to advance certain popular filmmakers, whose work is rarely examined carefully, as worthy of the same serious critical attention paid to many foreign or arthouse filmmakers.

Do we really need the term “vulgar auteurism”? Does it do any new work for us today?

To help us think about these questions, I think it is useful to historicize this discussion—and connect it to the first wave of auteurism in France in the 1950s. Let’s remember that the Cahiers du Cinéma critics of the time admired and championed two different and distinct kinds of filmmakers: European directors of what would today be considered “arthouse” cinema (Rossellini, Bresson, Renoir) and Hollywood directors whose work was considered “vulgar” by comparison (Hitchcock, Hawks, Ray). One could go a step further and say that the latter directors were more central to the politique des auteurs because they managed to imprint their signatures on films being made within a factory-like system of production. This made the championing of Hollywood filmmakers a political act. Since auteurism is not a “theory” of how films are made (the “auteur theory” is a misnomer) but instead a critical reading practice that foregrounds the “marks of expression” of an auteur, it carried a particularly sharp political charge when applied to vulgar work made within the strictures of an industrial system of production. I’m wondering: Is there an analogous political import or critique in today’s vulgar auteurist criticism? Or is it mostly formalist, in that it devotes its energies mostly to identifying and describing the stylistic strategies associated with particular filmmakers?

Another point of difference between classical and vulgar auteurism might lie in their oppositional programs. The Cahiers critics stood not just for a certain kind of cinema but also against one: that of the Tradition of Quality. Vulgar auteurism is contrarian because it tries to take seriously and recuperate a particular class of cinema that most critics seem to dismiss without much thought, but is it actively against certain kinds of cinema?

A final thought: I can envision at least one productive consequence of this group identity. Critics who self-identify as vulgar auteurists might be driven, united by the banner of this movement, to set about demonstrating carefully why this cinema they love is so valuable. I think what we need are concrete, detailed, persuasive arguments with supporting evidence to open our eyes to the virtues of these films. My ears perked up when Marsh, in his Voice piece, briefly alluded to Fast and Furious 6 director Justin Lin’s “sense of visual space” or the way he conveys an outsider’s sense of dislocation in Japan or the way he works with a multiracial cast. I look forward to vulgar auteurist readings that develop such points in depth. I also know that this kind of close examination is already underway. The MUBI post “Vulgar Auteurism: A Guide, Or: “The Mann-Scott-Baysians”” contains, in the middle of the entry, links to a number of interesting reviews and analyses. (They are easy to miss, marked only by exclamation points over which you need to hover for the links to become visible.) [EDIT: Here is a post by Jack Lehtonen called “Vulgar Auteurism” at MUBI that contains explanations and links to many VA writings.]

Well, I have many more questions than answers in this post, but I’d love to hear your responses to any of these thoughts, as well as any other ideas you might have about vulgar auteurism. Thank you!

— I’m most honored to be part of a group of ten “guest scholars” (along with Christian Keathley, Adrian Martin, Laura Mulvey, Victor Perkins, Lesley Stern, Kristin Thompson, and others) in the new issue of The Cine-Files, the online journal of the Savannah College of Art & Design. The issue is devoted to “Mise-en-scène”.

— Peter Wollen’s classic Signs and Meaning in the Cinema (1969) has been released in a BFI Silver edition. The book has a lovely foreword by David Rodowick that is structured in the form of a letter to Wollen. The new edition includes all the essays on individual filmmakers (Fuller, Renoir, Rossellini, Hitchcock, Sternberg, Kubrick, Malle, Godard and Boetticher) that Wollen wrote for New Left Review under the pseudonym Lee Russell between 1964 and 1967. At the BFI site, there is an excerpt from a “conversation” between Wollen and Lee Russell.

— At Cineaste: the latest installment of “Film Criticism: The Next Generation,” which includes interviews with Ignatiy Vishnevetsky, Adam Nayman, Genevieve Yue, and several other young critics.

— Jonathan Kahana on the ethnographic documentary films of Ogawa Productions, the subject of a retrospective at Anthology Film Archives.

— Cahiers du Cinéma top 10 lists for the last 50-plus years.

— David Hudson rounds up some Allan Dwan news, including links to the recently released, downloadable collection of essays edited by David Phelps and Gina Telaroli, and details of the MoMA retrospective. Also: David collects a couple of fascinating posts on Serge Daney by Laurent Kretzschmar and Stoffel Debusyere.

— From Jonathan Rosenbaum: A tribute post to the recently deceased filmmaker Peter Thompson; and an introduction to and interview with Thompson.

— At the Belgian journal Photogénie: Tom Paulus on Demy, Bresson and Soderbergh; Katja Geerts‘s piece “The Promised Land: Drift, Cinephilia and Photogénie”; and a call for papers for the first issue, which is titled “Just The Facts — A New Realist Cinema?”.

— A terrific video essay, “What is Neo-Realism?” by kogonada at Sight & Sound.

— The latest (“Green”) issue of NECSUS journal features Barbara Creed on film theory, animals and boredom; Sean Cubitt on anecdotal evidence; Jonathan Beller on advertising (and the “advertisarial”); an interview on “greening media studies” with Toby Miller and Richard Maxwell; and more.