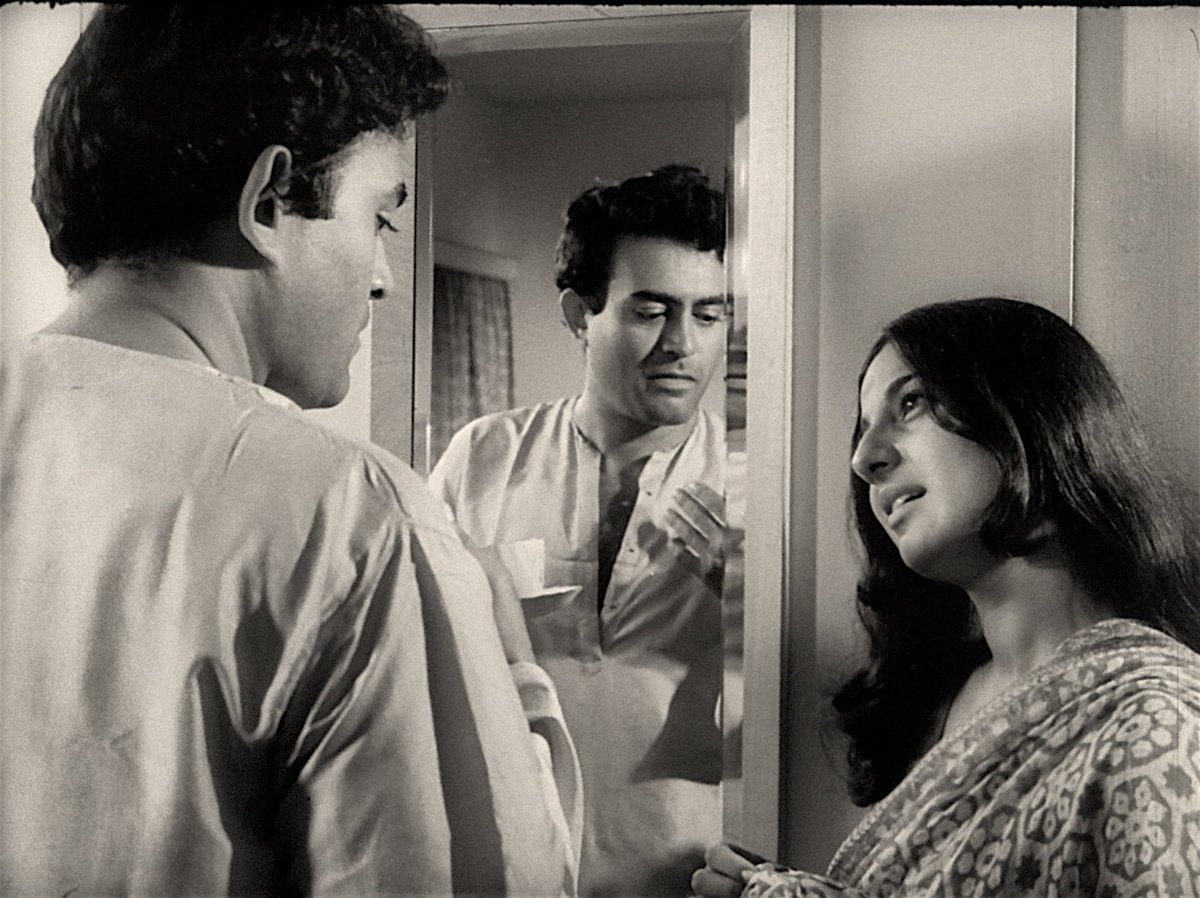 Of the 300 or so films I managed to catch last year, over 250 were older, non-current films. Let me collect some of my favorites here, in no particular order, and then I’d like to ask you for yours:

(2) Imtiaz Ali’s Jab We Met (2007). For me, the main attraction of this film is its spoken dialogue: nearly every single line is multilingual–an inventive mix with bits of English and Hindi wedged together, jammed willy-nilly, with some Punjabi thrown in for good measure. The movie is a romantic drama with echoes of Frank Capra’s It Happened One Night, and has a strong performance by Kareena Kapoor.

(3) Two ’80s Bollywood B-movies by B. Subhash, Disco Dancer (1983) and Kasam Paida Karne Waale Ki (1984). Both these movies show a refreshing lack of smoothness, coherence and high production values, instead featuring a home-grown, inadvertent surrealism, with narrative and formal gestures that leave you gasping in disbelief, laughing at their outrageousness. An example: Mithun Chakraborty in Disco Dancer plays a disco musician who contracts a mysterious disease called “guitar-phobia” which leaves him unable to approach his instrument, until he is “cured” of his ailment (!).

(4) The films of Tamil filmmaker Mani Ratnam, the way he turns even ordinary moments into occasions for his almost absurdly rhapsodic mise-en-scène . His films may not all be ‘perfect’ but every one of them contains delirious sequences that give me goosebumps. Dil Se (1998) is, for me, his masterpiece, but I also enjoy Bombay, Roja, Nayakan, A Peck on the Cheek, and Alaipayuthe.

(5) Hrishikesh Mukherjee’s Namak Haraam (1975), a ‘buddy film’ starring Bollywood heavyweights Amitabh Bachchan and Rajesh Khanna. On the one hand a thoroughly mainstream and commercial movie, and on the other, fiercely socialist, pro-labor–a workers’ film. Where are such passionately left-wing films in today’s slick Bollywood landscape?

(6) Edward Yang’s Taipei Story (1985), a Taiwanese narrative fiction film whose story and characters I remember less than its vivid images of modernity. An expressionless Hou Hsiao-hsien plays the lead. A favorite moment: Hou brings back a VHS tape of baseball games he recorded in Japan. His sister pops the tape in, and fast-forwards past the games to watch only the commercials. I could relate to this, having been spellbound by the first Western commercials I saw in India as a child.

(7) A trip to San Francisco at the invitation of the generous Michael Guillen to catch the city’s Silent Film Festival. The films included: Dreyer’s Mikael, Kinugasa’s Jujiro, William Desmond Taylor’s The Soul of Youth, and Tod Browning’s The Unknown. (See this post.)

(8) The Emperor’s Naked Army Marches On (1987), Kazuo Hara’s radical documentary. Here are the posts and discussions at Film of the Month Club.

(10) Kenji Mizoguchi’s final film, Street of Shame (1956), an unsparing, unsentimental and devastating film about prostitution. The final scene (and final words) are shattering–the most indelible moment of my movie year.

And now: your favorite discoveries of older cinema in 2008? I’d love to hear about them.

— Adrian’s current column at Filmkrant on “The Criterion Effect”; and an interview with him at André Dias’s Portuguese-language blog, We have yet to start thinking.

— Dave Kehr in the NYT on: Rossellini’s history films; and on two recent Michael Powell DVDs.

— Also at the NYT: Stanley Fish posts a list of his “10 Best American Movies.”

— David Bordwell on “movie bugs” (“those little channel logos and watermarks that hop onto your screen”); and on the ten best films of 1918.

— Lots of new posts at Zach’s place, including this year-end entry.

— A marvelous collage post at The Art of Memory on the sea in art.

— A year-end series of posts at Hell on Frisco Bay: Brian Darr invites a dozen or more writers to contribute their lists.

— Catherine Grant has two collections of links on Kevin Lee vs. YouTube: One; and Two.

— Jason Mittell at Just TV: “The media library in a post-disc world.” END_OF_DOCUMENT_TOKEN_TO_BE_REPLACED

The year’s favorites in films/TV.